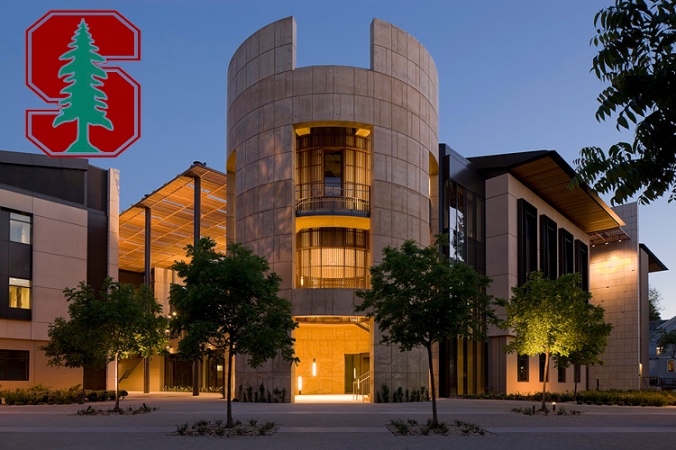 The following letter was sent to Stanford University’s Professor Michelle Dauber — the law professor leading the recall campaign to remove Judge Aaron Persky. The letter was from 53 graduating Stanford Law students, representing nearly a third of the total class of 180 students.

We are members of the graduating Class of 2016, and we were inspired to write this letter because of your leadership in responding to the Brock Turner rape case. As we bid farewell to the Stanford community we’ve been privileged to be a part of over the last three years, we can’t help but take note of those events and the discussion surrounding it, and we feel compelled to apply what we’ve learned at SLS to weigh in on an aspect of that discourse we find troubling.
First, we are proud of your leading role in advocating for reform of how society responds to sexual violence. Rape and other forms of sexual assault are urgent problems that are too often neglected or obscured by euphemisms, silence, and shame. The best scholars use their expertise to shine light on pressing civic issues like these: they articulate their visions of a more just society, and they engage with policymakers and the public to spur and shape reform. We’ve been privileged to learn at a place where faculty like you take up that mantle.

We’d also like to emphasize our agreement with your goals. We, like you, believe that members of the Stanford community — indeed, of every community — should be doing all we can to confront the problem head on, by preventing sexual violence in the first place, ensuring that those who experience it receive support and healing, and insisting that those responsible face consequences that reflect the seriousness of their actions. We, like you, are disturbed by the six-month jail sentence that Turner received, which appears lenient when measured against the relevant sentencing guidelines, the much-longer sentences many thousands of Americans are serving for less-serious crimes, and the trauma that the target of his assault so bravely described at Turner’s sentencing hearing. And we, like you, are especially troubled by our suspicion that race and privilege explain those discrepancies. Accountability means little when we demand it only from the already-disenfranchised, and the transformative power of mercy is diminished when we reserve it only for the privileged.

At the same time, one aspect of your recent advocacy troubles us: the nascent campaign you have championed to recall Judge Aaron Persky, who sentenced Turner. We have deep reservations about the idea of a judge — any judge — being fired over sentencing decisions that the public perceives as too lenient.

As we’ve learned during our time at the law school, judicial independence is a cornerstone of due process and an essential prerequisite of a fair criminal justice system. Judges are entrusted with immense power over the life and liberty of criminal defendants from all walks of life, and they need latitude to exercise that power judiciously. After decades of mass incarceration driven by mandatory minimums and other punitive sentencing regimes, we believe that judicial leniency is already too scarce, even though we strongly disagree with how it was applied to Turner. And in a world where judges believe they are one unpopular sentencing decision away from an abrupt pink slip, it will only grow scarcer. A high-profile campaign to recall Judge Persky because he showed too much solicitude for a defendant convicted of odious crimes would evoke an ugly chapter of California’s history: when three justices of our state’s highest court were recalled from the bench because they voted to oppose the death penalty, in accordance with the dictates of justice and the constitution as they understood them. Though the values underlying that effort were different from the ones animating the current recall debate, the chilling effect on judicial independence would be the same.

To be clear, our hesitation about a recall campaign does not stem from a belief that Judge Persky’s decision to give Turner a below-guidelines sentence was correct or that his stated justifications for doing so were sound. Many of us, like you, believe that justice called for a stiffer sentence in his case. But we think humility requires us to recognize that we won’t always be able to distinguish between legitimate and illegitimate exercises of judicial mercy. If you or we claim the power to make that decision, how can we credibly deny it to anyone else? If we demand that Judge Persky immediately hand over his gavel for acting on his empathy for this defendant, how we can we credibly assure any other judge that her hand need not waver when the human circumstances of a case seem to call for compassion?

This is not an abstract concern: many of us count our work with Stanford’s Three Strikes Project as one of the most powerful experiences we had at SLS. Through the project, we represented clients serving life sentences for non-violent felonies as they petitioned for early release under Propositions 36 and 47 — transformative ballot measures championed by your Stanford colleagues, which have begun to roll back the worst excesses of California’s punitive sentencing laws. In that role, we had to ask county judges like Aaron Persky to grant early release to men and women serving life in prison because the people of California once believed that our clients’ mistakes made them irredeemable. Even when an inmate has made great strides in prison, and even though statistics show that people resentenced under Propositions 36 and 47 pose little danger of recidivism, granting that second chance is a delicate decision that requires courage on the part of judges: they have to bear the risk, however remote, that the petitioner will abuse that mercy in ways that provoke public backlash against their decision.

We believe it would send a powerful message to these judges and others making similar decisions around the country if, while continuing to critique Judge Persky’s sentencing decisions and calling for a different approach in future cases, you abstained from your effort to recall him from the bench and instead focused on other avenues of response and reform. These might include educating future judges and jurors about the realities of sexual assault, or pressing for systemic changes in how these cases are handled. We simply ask that you withhold your support for a recall campaign that would set a dangerous precedent against the exercise of merciful discretion in our criminal justice system.

(This letter was also signed by 48 other members of the graduating class.)