My son was being accused of a felony strong armed robbery. Upon being detained by officers at his school, he was denied contact with me, even after he asked for me.  I obtained papers from the school where the detectives who questioned my son instructed school administrators not to contact his parents.  He was then taken to the police station and interrogated for several hours. 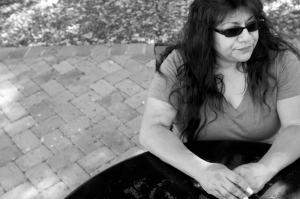 At the detention center, my son supposedly confessed to the crime of robbing a taxi driver and being the mastermind behind a team who conspired to rob him.  What complicates this case, and why such an allegation could not be possible, is that he was only 15 years old and has struggled with mental disability ever since he was  born. His developmental issues are at the level that he receives support and care from county agencies, and essentially requires 24 hour supervision to function adequately. As a result of his challenges, he cannot verbalize much due to a speech impairment, and is currently learning to sign.  This is why the notion of an “admission” seemed ridiculous.  After viewing the tape, it was clear the officers were deliberately trying to take advantage of my son’s condition.

I came to De-Bug the Sunday after my son was taken into custody and placed in the worst unit that any juvenile could be placed in due to the charges.  My son had not spent time alone anywhere, much less in juvenile hall.  At De-Bug, we collectively discussed a gameplan, and I sent an email to the head of Juvenile Department of the Public Defender’s Office to ensure that my son was being well-watched in custody and instructed her to send the most prepared attorney to the detention hearing.

The next day at court, during my son’s detention hearing, I was able to fill the courtroom with family and community supporters.  The purpose of the hearing was to decide whether my son was going to be continue to be held in detention.  While most juvenile proceedings are closed to the public, the entire family as well as community supporters bore witness to the court proceedings, and my son’s six sisters and brothers, grandparents, and myself all testified to his character.  The result? My son was immediately released that day.

What followed while my son was out of custody was about another four months of fighting for his innocence and the dismissal of the charges.  I made sure I had access to reviewing the discovery, and that was key in the end result of all charges against my son being dropped.  I was able to view the interrogation, and also provide the attorney with the documents that proved my son’s developmental issues. I would regularly email the attorney questions about the case, thoroughly read all the police reports and evidence, and met with the attorney.

OUTCOME: The case was eventually dropped. Blanca’s son did not have any of those false charges hanging over him. She also moved him out of the school where he was initially arrested, and is now developing a program in collaboration with the presiding judge of juvenile court and Gail Noble, another De-Bug/ACJP organizer, on finding ways to support parental involvement in juvenile cases.