Unlike Santa Clara County that doesn’t honor ICE holds on juveniles, San Mateo County practices the unjust policy of honoring detainers for young people under 18.  At ACJP, we’ve seen families come in with children as young as 12 who have had detainer requests placed on and honored in San Mateo County.  This Sunday, we worked with two families from Redwood City whose children — ages 12 and 13 — both have ICE holds in San Mateo County.  The younger one is so little that the clothes they gave him to wear at the hall don’t even fit him.  This young man thought he just had to agree to the charges and then he could go home.  But when he is released from the hall in mid-September, ICE has 48 hours to pick him up and he has to navigate the world of juvenile immigrant detention alone — a web of group homes, maybe a detention facility, maybe back home to fight his charges if he’s lucky.  It is a policy that is cruel, and the community needs to raise our voices to stop it.  Submission Post by Charisse Domingo

In landmark decision that will likely impact courts across the country, the New York Times reports on a New Jersey Supreme Court decision regarding eyewitness identifications. Post Submission by Aram James.

The New Jersey Supreme Court, acknowledging a “troubling lack of reliability in eyewitness identifications,” issued sweeping new rules on Wednesday making it easier for defendants to challenge such evidence in criminal cases.

The court said that whenever a defendant presents evidence that a witness’s identification of a suspect was influenced, by the police, for instance, a judge must hold a hearing to consider a broad range of issues. These could include police behavior, but also factors like lighting, the time that had elapsed since the crime or whether the victim felt stress at the time of the identification. END_OF_DOCUMENT_TOKEN_TO_BE_REPLACED

Check out the inspiring video of our friends at CJNY at their national gathering!

After months of advocacy from San Jose immigrant advocacy organizations, civil rights groups, and service agencies — the San Jose police is withdrawing their participation from the controversial Homeland Security/ICE program called “Operation Community Shield.” Initial news of the program drew a widespread backlash from immigrant communities who said placing two ICE agents within the SJPD would cause waves of distrust in local law enforcement. Groups such as Sacred Heart Community Services, SIREN, PACT, and De-Bug organized public community responses to share their message that community trust is an important feature of a smart public safety framework. Today, the SJPD sent out the following press release.

The San Jose Police Departments involvement in OCS began on June 24th as part of Chief Moores plan to halt an alarming increase in gang violence in the city. Other components to the plan involved redirecting the 38 member METRO Unit to focus on All gangs, all the time. The METRO Unit has since made over 315 arrests. Approximately 70% of the arrests have been gang-related. Chief Moore also directed the Patrol Division to deploy additional officers as daily gang suppression cars to further decrease gang violence. END_OF_DOCUMENT_TOKEN_TO_BE_REPLACED 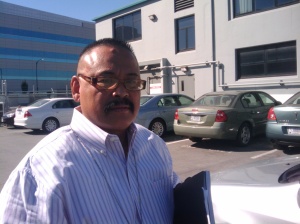 Pastor Johnny LaPenias about to start a weekly meeting with parolees.

On a Tuesday morning, in a barren warehouse across the street from Superior Court, Pastor Johnny is leading a gathering of over 40 parolees in a meeting that is part resource fair, part spiritual revival.  The meeting, called Parole and Community Team, is mandated by parole, and is for every recently released parolee from the state prison system that is returning to Santa Clara County. Drawing little attention, it’s been happening for years with a new group of recently returned former inmates every week, both men and women, and may be the first time anyone has said two profoundly important words to them “welcome home.” END_OF_DOCUMENT_TOKEN_TO_BE_REPLACED

The following piece is an editorial by our friend Subhash Kateel. Subhash is an organizer currently with the Florida Immigrant Coalition, host of the online radio show Let’s Talk About It, and is a co-founder of Families for Freedom. He wrote this piece in response to the news of the Obama’s Administration’s announcement regarding its review of deportation cases.

Thursday felt like time for a toast for America’s largest social movement, the folks fighting for immigrant rights. With the news that the Obama administration would review many of its pending 300,000 deportation cases and allow some of those with no “criminal” record to stay, you could literally hear the cries of joy jumping out of Facebook updates, twitter feeds, cafecito spots (I live in Miami), college campuses, and even a detention center or two. END_OF_DOCUMENT_TOKEN_TO_BE_REPLACED 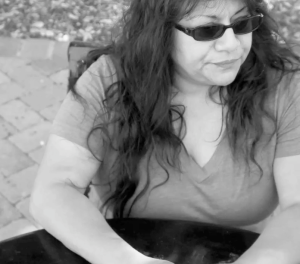 ACJP organizer Blanca Bosquez was on widely listened to 810 KGO’s Gene Burn’s Show on Friday August 19th regarding the criminal justice system. Click here and listen to Blanca respond to Burn’s statement that he would, “Never take a plea if he didn’t commit the crime.” Blanca changes Burn’s position after explaining the coercive nature of the justice system, that there are innocent people that take pleas because of the time that have been incarcerated, and the threat of excessively long sentences. She also speaks to the injustices she witnessed with her own son’s case, who was falsely charged with a crime and coerced during police interrogation as a juvenile. Listen to Blanca break it down from the 33 minute mark to the 38 minute mark. By the end of the conversation, Burn’s says such travesties in the law are “frightening”and that we all “need to be vigilant, since people are so mistreated.” Great job Blanca!

Up on the line for the California legislature to consider is a bill that would open the possibility for juveniles under 17 serving a sentence of life without parole the opportunity to petition the court for a sentencing rehearing.  It is not a promise of release, like opponents of the bill are saying, but it is a chance.  And it is a step in the right direction.  Submission post by Charisse Domingo

California’s practice of locking teenage offenders in prison for life without the possibility of parole would be upended under legislation just a few votes shy of reaching the governor’s desk — a change that would move the state closer to justice in conservative Texas and every other country in the world.

The bill by state Sen. Leland Yee, D-San Francisco, would create a legal pathway but no certainty of release for juvenile offenders who currently have no option but to die behind bars.

END_OF_DOCUMENT_TOKEN_TO_BE_REPLACED 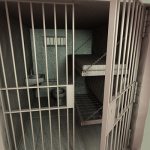 In the state of California, we are often told that prisons and incarceration are the most effective way to reduce crime. However, this recent report by the American Civil Liberties Union points to six “tough on crime” states including Texas, that have successfully reduced their prison population while simultaneously saving millions of tax dollars by reducing how much they spend on the prisons. They have accomplished this through a number of very reasonable reforms, such as quality rehabilitation programs for prisoners who are no longer a threat, ending mandatory minimum sentences, and reducing sentences for small amounts of marijuana possession, to name a few. — Post Submission by Ernest Chavez

NEW YORK, Aug 9 (Reuters) – Six states that reduced incarceration rates by focusing on parole or probation instead of prison time have cut costs without increasing crime rates, according to a report released on Tuesday. END_OF_DOCUMENT_TOKEN_TO_BE_REPLACED

When ACJP attends ICE immigration court dates, we often saw people handcuffed, and treated like criminals for civil proceedings.  ACLU is taking on their practice, by launching a lawsuit. According to the Associated Press article, the ACLU attorneys say, “say thousands of immigration detainees — even the elderly and people with physical or mental disabilities — are routinely forced to wear wrist shackles, belly chains and leg irons during the civil proceedings, even if they do not pose a flight risk or other possible danger.”