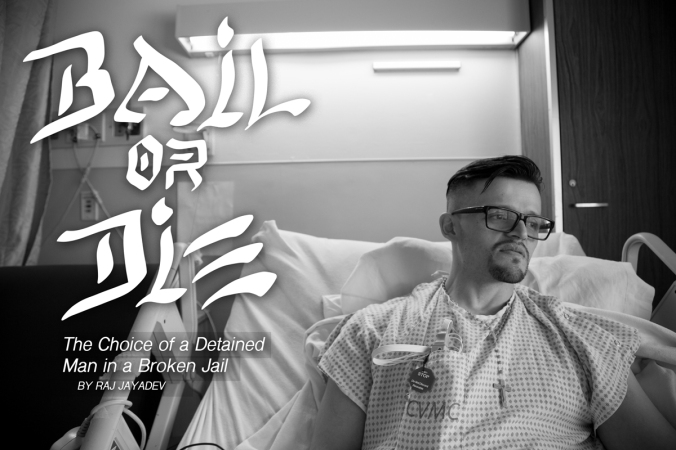 When Jeysson Minota bailed out of jail, he didn’t know within a week that he would end up in the Intensive Care Unit at the Valley Medical Center on a respirator with a collapsed lung. He didn’t know that the pain in his chest he felt while in jail that was shortening his breath was actually a growing mass that was stretching his sternum, tearing wires inside of him from a previous operation.

He just knew, as someone who had made it through open heart surgery five years prior, that he needed medical treatment desperately, and he wasn’t going to get it in the Santa Clara County jail.

Though a staggering amount of money, for Minota, the choice to bail out was ultimately not a financial calculation. “I had to get out. The pain kept getting worse. I wasn’t getting any treatment, and I thought I was going to die.” END_OF_DOCUMENT_TOKEN_TO_BE_REPLACED

Wrapping up six weeks of collecting signatures — in front of juvenile hall, the jails, courthouses, at rallies, churches, workplaces, our neighborhoods, our streets, and our homes. Our families and young people are always at the foreground, moving us to act in ways greater than the sum of our experiences. We are honored to join forces with community organizations across California to collect signatures for the Public Safety and Rehabilitation Act of 2016 that will end direct file and reduce incarceration that will allow our loved ones to come home. Let’s get this on the ballot and fight for our families.

This is Veronica, a San Jose mama who stood in front of Santa Clara County juvenile hall collecting signatures til the very end.

Special thanks to our friends at Just City for hosting us in Memphis last week to give participatory defense trainings to their community partners. Just City is a powerful, independent voice to support the individuals, children, and families who are, or have been in contact with, the criminal justice system; to advocate for strong, consistent adult and children’s right to counsel policies; and to accelerate community-driven solutions to the problems presented by the criminal justice system. We are excited to announce they will launch the Memphis participatory defense hub this summer. Here are photos and a little write up from Just City on our first visit! And check out this commentary by one of the organizers we met on how Memphis is marshalling the millennial vote! (PS – Thank you Josh, Allison, Lurene!) 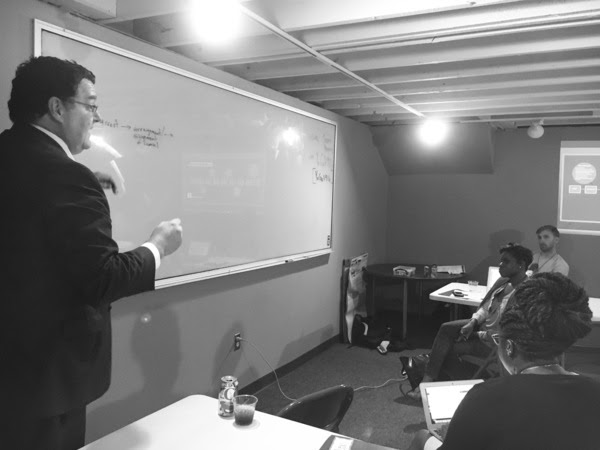 Asst. Shelby Co. Public Defender Rob Gowen shows the community representatives at the training the timeline for a typical felony case in Memphis. Rob is an incredible attorney who works on some of the most challenging cases in the county. 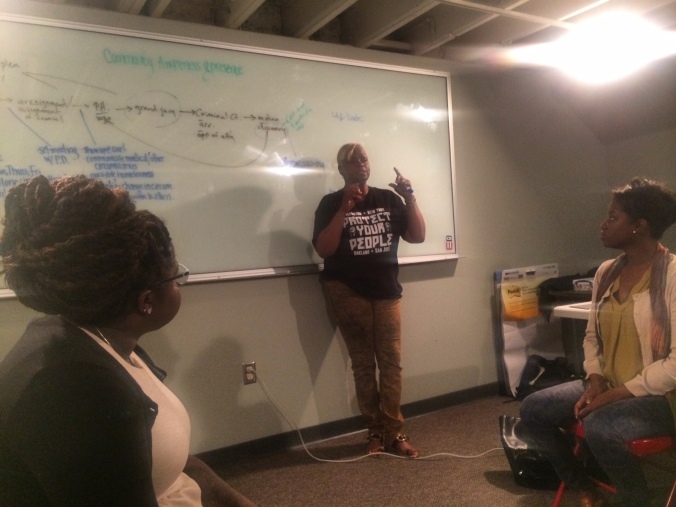 Gail goes through our “Points of Intervention” workshop for families to impact the court process.

Andrew giving a session to the Shelby County Public Defenders at their historic courthouse. 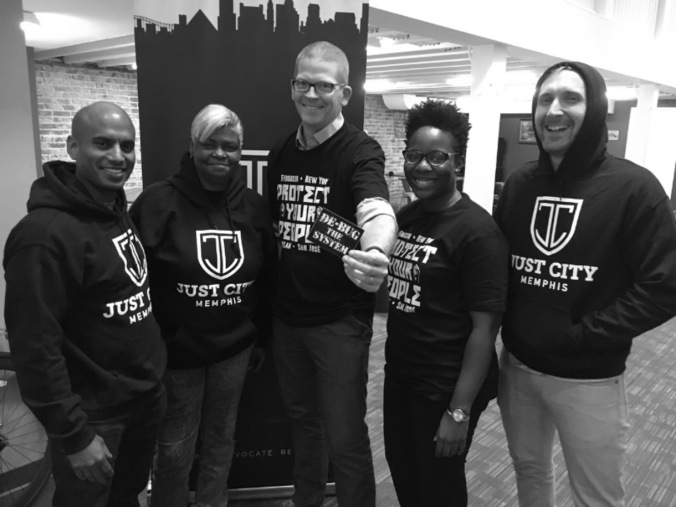 Every item of Just City and De-Bug swag that we could fit into one photo. 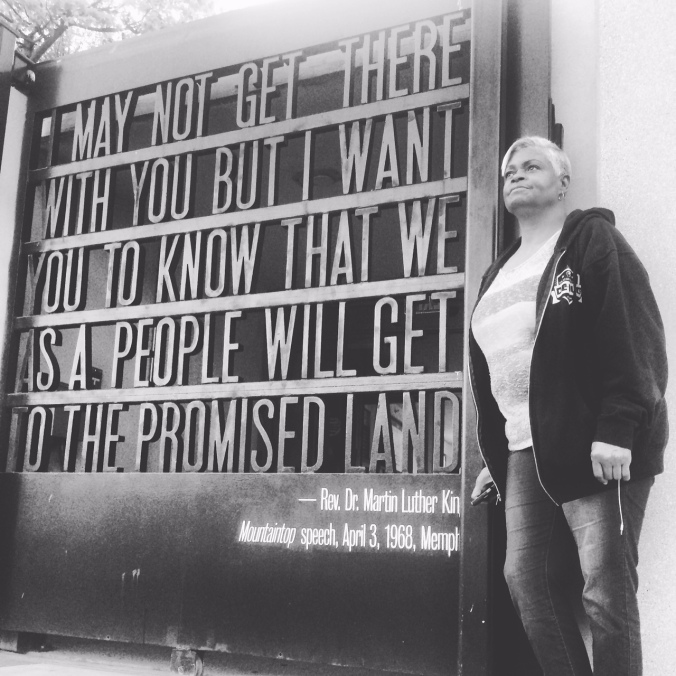 Memphis plays an important role in America’s history of civil rights. The Just City folks took us to the National Civil Rights Museum, which is at the Lorraine Museum, where Martin Luther King Jr. was assassinated. It was a moving experience, particularly since we had the opportunity to meet the people in Memphis who are working to fulfill Martin’s dream.

Write up from Just City: