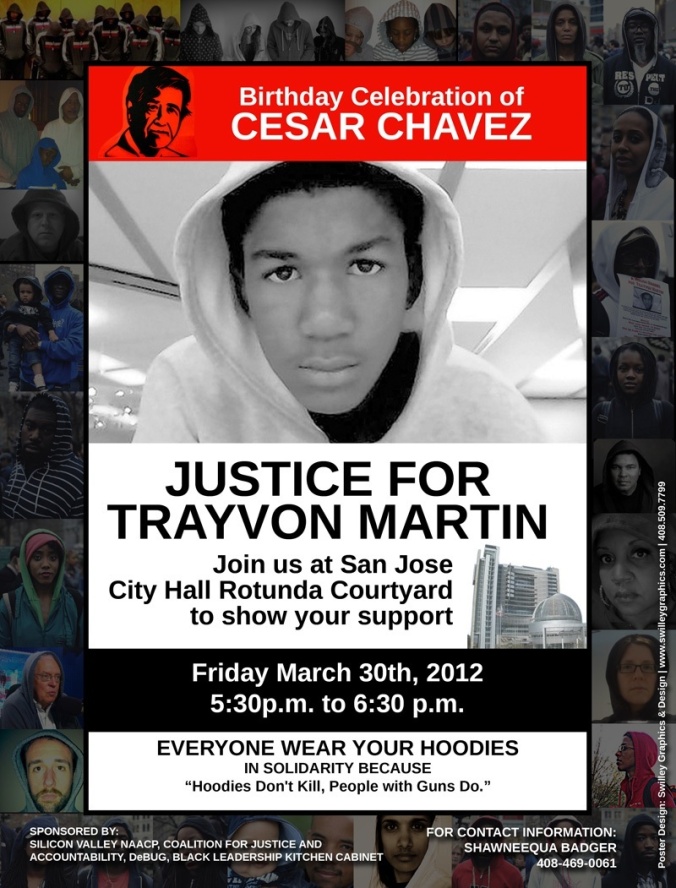 Our friends in Sacramento from the Criminal Justice Information Network sent us an update on the criminal justice bills being debated on the legislative floors. Below is a listing and their status. One particular bill that we have our eye on is AB 1709 — which would allow for jury trials for minors in particular cases. Interesting concept, wondering how it would impact conviction rates (what is called “sustained petitions” in juvenile court). Let us know what you think too! Post submission by Raj Jayadev

Bills on Juveniles, Realignment, Reentry, and a New Life Sentence

Today in Assembly Public Safety Committee, bills that would support defendants and their families with record-sealing, reentry, and due process were approved. One bill to increase law enforcement representation on county realignment boards was also passed. Additionally, a bill to add a life sentence to the existing offense for human trafficking of a minor was voted down by the committee. END_OF_DOCUMENT_TOKEN_TO_BE_REPLACED

Another Tragic death. We all should take deep look at our laws and the ways they affect people in practice before another tragic occurrence like this happens. Check out this moving article by a 19 year old teen from New York speaking his thoughts on the incident. – Post Submission by Cesar Flores

You would never think a walk to the store would get you killed, right? Well, that was what happened to 17-year-old Trayvon Martin. As he was coming back home from the store carting an iced tea and Skittles, a neighborhood watch volunteer named George Zimmerman felt “intimidated” by the young man and shot him, killing him.

This brings up a lot of questions: When does an innocent high school student become “intimidating,” “threatening” or “suspicious”? How intimidating can someone be with a few munchies in their hand, just walking down the street? If you’re a black kid with a hoodie, is it immediately assumed that you’re “bad” or a “troublemaker”? Would things have been different if Martin was a white kid strolling down the street or if he had been dressed differently? END_OF_DOCUMENT_TOKEN_TO_BE_REPLACED

In both the federal and state court systems, 9 out of 10 cases end up in a plea bargain, wiping out the notion of your “day in court”.  Both Santa Clara and San Mateo Counties are no different. We know families with loved ones serving long prison sentences, had their children taken away, or ended up in deportation proceedings because of a plea bargain gone wrong.  But the Supreme Court ruled this week that defendants have a right to competent counsel during the plea bargaining phase of the criminal justice system.  This ruling honestly is a little surprising, because you’d think effective assistance of counsel should extend to all phases of the justice system already.  But this seals the clarity once and for all.  Submission post by Charisse Domingo

In two 5-4 decisions, the Supreme Court rules that defendants in criminal cases have a constitutional right to a competent lawyer’s advice when deciding whether to accept a plea deal.

Defendants in criminal cases have a constitutional right to a competent lawyer’s advice when deciding whether to accept a plea bargain, the Supreme Court ruled, providing a significant expansion of rights that could have a broad impact on the justice system. END_OF_DOCUMENT_TOKEN_TO_BE_REPLACED 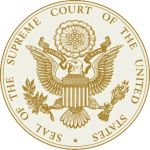 Do you feel that juveniles should be charged with the death penalty? You be the judge. – Submission by Cesar Flores

WASHINGTON — At a pair of Supreme Court arguments on Tuesday, the justices returned to the question of what the Constitution has to say about harsh sentences imposed on juvenile offenders.

A majority of them appeared prepared to take an additional step in limiting such punishments, but it was not clear whether it would be modest or large. The court’s precedents have created so many overlapping categories — based on age, the nature of the offense and whether judges and juries have discretion to show leniency — that much of the argument was devoted to identifying the possible lines the court could draw. END_OF_DOCUMENT_TOKEN_TO_BE_REPLACED

Check out the profile of Santa Clara County Deputy Public Defender Andy Gutierrez. We first met Andy when he represented an ACJP family who’s grandmother was facing a 3 year sentence for an alleged dirty bottle. Everyone said it was a done deal – she was headed to prison. Gutierrez was determined to keep her with her family, and she ended up with an outpatient drug program instead. She is doing great, and it wouldn’t have happened without Andy.

By Diane Solomon — Andy Gutierrez defends poor people accused of committing Santa Clara County’s most heinous crimes. Before I spoke to him, his Deputy Public Defender job seemed awful and really hard to me. But when he explains his work, he conveys this sense of commitment, a calling to a higher purpose and enthusiasm.

“I always knew I wanted to go into criminal law because I just liked it. I like the science part of it; I like the investigation part of it. What happens when you have to champion the underdog all of the time is that the chips are always down, so your life is interesting because every person you have to help is usually an amazing challenge.” END_OF_DOCUMENT_TOKEN_TO_BE_REPLACED

Bringing Our Loved Ones Home Through The Appeals Process

Do you have a loved one who you feel has been wrongfully convicted? Many
families that come to Silicon Valley De-Bug’s Albert Cobarrubias
Justice Project have loved ones who are fighting their criminal cases
through the appellate process, or would like to start one.  The
appellate process is a way for a higher court to re-look at a lower
court’s decision.  The Sixth District Appellate Program is Santa Clara
County’s local office that handles appeals.  Come hear Michael
Kresser, Director of the Sixth District Appellate Program speak about
the appeals process, inspiring cases that he has won, and answer any
questions that you might have for him.

Light refreshments will be provided.

Please feel free to share this invite with anyone who might be interested.
The ACJP event series is an effort to inform our families about the criminal justice system in order to create a more knowledgeable and empowered community. 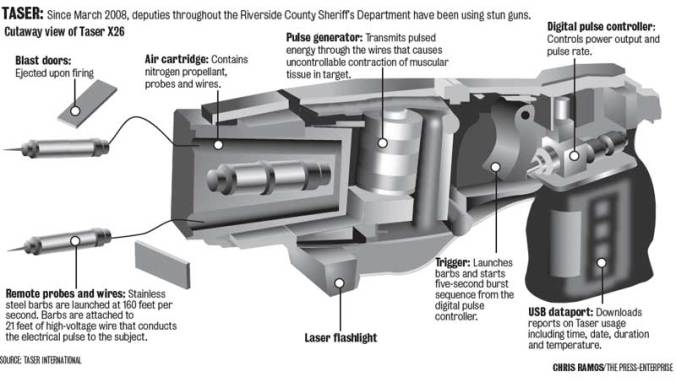 What do you feel about anybody shocking a 9 year old boy for not going to school? makes you think twice about those shock guns the police carry right? – Post submission by Cesar Flores

MOUNT STERLING, Ohio — An Ohio officer whose use of a stun gun on a child resulted in the shutdown of a village police force said he shocked the boy twice as the 9-year-old lay on the floor with his hands underneath his body.

Details of the Mount Sterling incident released Monday say the boy was warned before the officer shocked him at his home last week following a truancy complaint from the sheriff’s office.

The officer said the child begged his mother to let him go to school instead of with the officer, but she refused, telling him it was too late. The officer said he eventually tried to pull the boy, whom he described as at least 5-foot-5 and 200 pounds, from a couch when the boy dropped and “became dead weight,” kicking and flailing.

He says he fired a warning shock with the stun gun and that the child’s mother told the boy to obey the officer so he wouldn’t be shocked.

Tracy Comisford, an attorney for the boy’s mother tells The Columbus Dispatch the woman did not expect the officer to use a stun gun when he came to arrest the boy.

“She certainly never wanted this to happen,” Comisford said. END_OF_DOCUMENT_TOKEN_TO_BE_REPLACED

Many times – -the 98% plea rate in Santa Clara County continues to allow the District Attorney to insist on–and to threaten– long prison sentences because in essence –we have allowed the DA to continue to hold all of the cards. The we in this case being our legal representatives — mostly the institutional public defender system– that we pay the taxes for to keep them in existence. In this editorial that appeared in the New York Times, Michele Alexander talks about how if the justice system can be turned around if more people just insisted on their cases going to trial.  Submission Post by Aram James

After years as a civil rights lawyer, I rarely find myself speechless. But some questions a woman I know posed during a phone conversation one recent evening gave me pause: “What would happen if we organized thousands, even hundreds of thousands, of people charged with crimes to refuse to play the game, to refuse to plea out? What if they all insisted on their Sixth Amendment right to trial? Couldn’t we bring the whole system to a halt just like that?”
END_OF_DOCUMENT_TOKEN_TO_BE_REPLACED

Debug ACJP team met with a group from Philly who calls themselves “One Love Movement.” They’re fighting against deportations; does this sound familiar? We shared strategies, heart-felt stories. We embraced them with Debug family love. Thank you “One Love Movement” for coming down to San Jose, CA for taking the time to be part of our movement and sharing with us what you’re doing up in Philly. We are “One Love” and with the power of the community and people who care, we shall make a difference. – Post Submission by Blanca Bosquez

Check out this video of our friends our in Philadelphia: