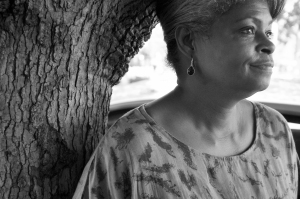 On a summer evening, I received a call from my 17 year old African-American son that he was arrested. There was an altercation over a stolen bike and the owner was trying to take the bike from one of my son’s friends, and in the process, the man’s finger was broken.  Even though there were witnesses at the altercation that could clear my son’s name, the police that arrived were uninterested. They arrested my son along with his friends.  My son was charged with a felony assault with the intent to do great bodily harm. The charge carried a strike.

The attorney my son had wanted him to take the plea deal for a battery charge, but it still came with a strike.  My son declined and maintained his innocence.  On the morning of his trial, I remember his attorney telling me, “I am prepared to go to court today,” when I asked her about her preparation. My reply was, “How can you be ready for court today when you haven’t done an investigation?  You haven’t even talked to the witnesses?” I knew my son was in trouble with this attorney.  I told her I wanted a copy of the investigator ‘s report. This was my way of making sure she assigned an investigator to his case.

My son had a court date coming up and I decided to go.  I saw his attorney and she said I didn’t have to.  I told her I needed to know what was going on with my son’s case.  The attorney was going to tell the judge about my son’s summer job, which was collecting signatures for Indian gaming.  I was waiting for his attorney to come out of the courtroom and she told me,  “I was telling the Judge about your son’s job and he said he is probably going door to door selling drugs, and the District Attorney repeated what the Judge said.”  I started to go in the courtroom and she grabbed my arm.  “They said it off the record,” she said, and added that he “might have been joking.”  I was so furious and hurt. My son found a summer job paying good money and this is what the court thinks of him. My son ended up with a sustained petition – which is essentially a guilty verdict in juvenile court. There is no jury in Santa Clara County juvenile court, so the same judge that had that stereotype of my son was the one who decided the case.

I had met De-Bug community members and shared what the attorney told me about the judge’s statement. They were outraged, and supported my efforts. My son’s attorney refused to communicate with me in the days leading up to my son’s sentencing, seemed unprepared to find better sentencing options, did not call witnesses on his behalf that testified to his innocence during the criminal phase of the trial, and did not challenge the felony strike enhancement and sex-offender registration (despite the fact that the incident was not related in any way to being a sex crime. She would later go on to say that it was a computer malfunction, and not to worry about it).

Most egregiously, she refused to file a conflict of interest when she told me that she heard the presiding judge say that my son had a job that was drug-related when she told the judge that he had been doing good and working.  Filing a conflict of interest would mean the attorney recusing herself from the case because she would have to testify to what the judge said.  While the attorney for a second questioned whether the statement the judge made was racist, she said nothing, and thus allowed my son to be tried in front of a judge who, from jump, had a racial bias against him.

After much consultation with each other, my son and I decided to file a Marsden Motion – which is the official way to fire an attorney in California. Although a judge can deny the motion, and chances are he would, this would in effect, allow my son to address the court and get the judge’s alleged comment on record. Plan “B” was for me to address the court and get the statement on record.

With De-Bug’s help, my son and I wrote a Marsden motion and planned to file it next day at court.  When the judge called the court to session, I said I want to address the court. Upon informing the court of my son’s intention to file the motion, my son’s attorney, the district attorney, and the judge were dumbstruck. The judge denied making the statement saying, “The information is not true.” He said that whoever told me that he made such a statement was wrong. He also said that my son’s request was out of order and inappropriate. He asked my son, “Do you even know what a Marsden motion is?” My son calmly replied,” It’s when I feel I was not represented correctly.”  The judge said that he will nonetheless hear him out.

Even though the judge refused my son’s motion, it was important to get all the issues my son had on record and for us to feel that we could speak and say something, instead of just allowing the racist behavior of the courts to continue, unchecked.

OUTCOME: Gail’s son initiated a habeas appeal that required sworn testimony from the defense attorney and the presiding judge. Gail’s case was a front page article in the Silicon Valley Metro – the most read weekly in Silicon Valley. The attorney is no longer working juvenile cases, and the presiding judge is no longer working in juvenile court. Gail has initiated a campaign to challenge the District Attorney’s Office practice of giving strikes to juveniles.

One thought on “Standing Up to the Court”