The first woman up for a potential re-sentencing in Santa Clara County due to Proposition 36 won her release this week. A 55-year-old grandmother, Lisa Carter had done 18 years of a life sentence due to the recently reformed 3 Strikes Law. Lisa’ third offense was $150 shoplifting charge. When moved up from prison to the county jail in anticipation of court, Sister’s That Been There founder Steeda McGruder was asked by Lisa’s attorney to give counsel on the possible re-entry process. Lisa, her daughter, and her 12-year-old granddaughter offered testimony at the hearing — all calling for her release. At one point the prosecutor noted that Lisa was “on her own personal journey” but thought that journey should continue in prison. That will not be the case, as Judge Deborah Ryan issued the release. Here is an image of family, friends, even former bunkies of hers who knew Lisa years ago — at the steps of the court right before the hearing. They lit candles and prayed before court. Read the Mercury News article here. 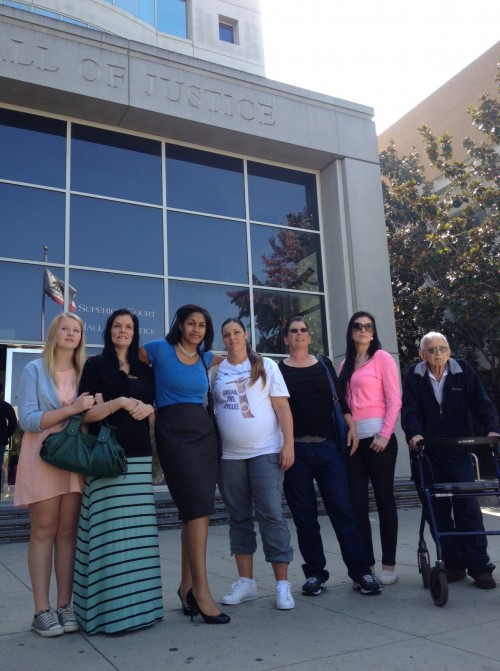 One thought on “Grandmother Freed from Life Sentence”