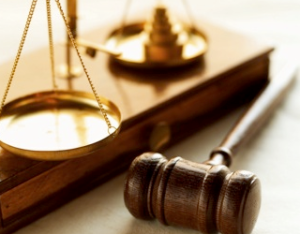 The month marks the 50th anniversary of one of the most significant Supreme Court decisions this country’s criminal justice system has ever known – Gideon V. Wainwright. The case, along with later decisions, cemented the 6th amendment right to counsel for anyone, regardless if they have the ability to pay for an attorney or not. To protect this right, we now have indigent defense systems (such as Public Defender’s Offices and Private Defender Panels) in counties and states, which serve the eighty percent of people who face criminal charges.

Chances are the only people who are going to recognize this date – both to honor the historic victory and acknowledge how far our indigent defense systems have to go to fulfill the promise of Gideon – will be lawyers. But the condition of indigent defense systems in 2013 is not a discussion only for attorneys. That’s like saying the need to solve a medical issue that affects 80 percent of everyone who enters a hospital should only be had amongst the doctors.

Drive by the courthouse in your city on a weekday at 8:30am and look at the line of people waiting to get in for their court date. Now think about the families, friends, co-workers, of all those people. They too are impacted by how well that court appointed attorney does that day. That means how equipped and resourced the attorney is, their caseload, their ability to “zealously” represent their client, is not a lawyer issue — it’s a community issue.

The fact that the needs or political positions of public defender’s offices – the mechanism to defend the indigent – is not more commonly discussed is both indicative of, and only furthers the problem of insufficient indigent defense delivery.

That’s why 50 years after Gideon, there needs to be a new job title compulsory at Public Defender’s Office – the Public Defender Public Information Officer. It’s not radical, doesn’t need a Supreme Court ruling, and admittedly is only a small step forward. But it is as necessary as it is possible in order to change the context of which those offices operate in. Franky, most agencies, both public and private, of the size and scale of public defender offices have them. In practical terms, you are not going to see coverage of the Gideon anniversary, nor have the needed community wide discussion on the status of that right, because there is no one at the Public Defender’s Office in your county is writing the press release. But that is only speaking to the larger issue.

Oftentimes, the comparison between the Public Defender’s Office and their counter part, the District Attorney’s Office, is about “parity.” That means parity in caseload, attorney staff, general resources. That parity is clearly not achieved in the space of public opinion. District Attorney offices often run the conversation about crime and the courts of their region. Consequently, their voice is the declarative one when it comes to policies about crime, punishment, and resource allocation. It is not so much that the public is inherently supportive of District Attorney policies, but it is often the only side they hear from.

One key difference is that District Attorney Offices have Public Information Officers. These are staff with a communications background that write the press releases, craft messaging, build relationships with the media, and ultimately shape the way the purpose and value of their office is understood by the public. That means the District Attorney’s Office gets political support when they need it to do their job, or advocate for their policies.

Compare that to Public Defender Offices. A lot of the public doesn’t even know that public defenders are attorneys. The only stories that leak out and proliferate in the community are the ones of failure. The clever turn of phrase, Public “Pretender,” is a commonly heard refrain in the community. Pick up any daily newspaper in any county and there is a good chance you are going to read about the District Attorney’s “wins” – convictions of dangerous criminals, a victim finding justice through the system, a new tough on crime policy. But how often have you read about a public defender proving the innocence of an indigent client, or getting a wrongly charged case dismissed? Really, the rare times there is a story of a person proving their innocence, it is still at the expense of the public defender’s office – a release through an appeal after someone has done time in prison for a crime they didn’t commit, sometimes as a result of the trial attorney’s incompetence.

That the story of the criminal court system is told through the District Attorney’s Offices’ voices is not by accident. They have Public Information Officers whose role is to frame the discussion.

And without a similar role at the public defender’s office, a missing voice means a loss of public opinion, which means a ceding of ground in policy discussions as well as an absence at that critical time when a county or state is making decisions around resource allocations.

In my county of Santa Clara, the District Attorney’s Office has more than one Public Information Officer. One is an award-winning journalist who recently got recruited from our local daily newspaper. When I typed in Public Information Officer for our county’s Public Defender’s Office in Google, it gave me the name of the Assistant Public Defender – the same man who is charged with helping run the entire office. He’s a lawyer, an amazing one actually, extremely community oriented, but he’s already got a job to do. The way the two offices are set up, there’s no comparison as to which office gets the most ink, or radio/tv airtime, or public attention. Consequently, Public Defender clients end up at a disadvantage even before they step into a courtroom as a result.

The right to counsel for all, promised through the Gideon decision, is no doubt an uphill battle this country has been climbing for fifty years. But the reality is how that right is protected and delivered does not happen in a vacuum. Ensuring that indigent defense systems are well-positioned and equipped to ensure proper and competent defense for all can only be achieved if they have won in the court of public opinion as well as in the actual courtroom.

Raj Jayadev is the coordinator of the Albert CobarrubiasJustice Project (ACJP), an organizing model for families and communities to impact the criminal court system. ACJP is a part of Silicon Valley De-Bug.