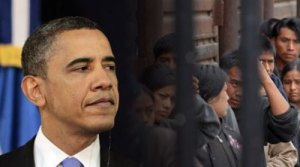 By Michelle Fei — The Obama administration’s Aug. 18 announcement of a new policy that purports to suspend deportations against immigrants without criminal convictions has sprouted a range of reactions from immigrant rights advocates, from full-fledged celebration to wary suspicion.

I can appreciate why some advocates are praising the announcement. First, it does seem true that the national outcry over the failure of immigration reform and the expansion of the deportation program known as “Secure Communities” – which requires police to share fingerprint data of all arrestees with federal immigration authorities — has prompted Immigration and Customs Enforcement (ICE) to respond with this “new” policy. It’s worth noting, however, that advocates have long sought to get ICE to actually exercise the discretionary powers it has always held. Second, fewer deportations is certainly a good thing. To the extent that this announcement can actually help the small percentage of people who could qualify for a temporary reprieve from deportation, I share the temporary sense of relief of these immigrants. No family should know the devastation of deportation. END_OF_DOCUMENT_TOKEN_TO_BE_REPLACED